Dr. Yaremchuk has a national and international reputation as both an expert clinical surgeon and an educator. He has received numerous awards and honors in the field of plastic surgery. He is presently serving as the President of the New England Society of Plastic and Reconstructive Surgery.

Dr. Yaremchuk lectures around the world to share the breadth of his knowledge with his plastic surgery colleagues. He has lectured as a visiting professor across the United States and in countries including Argentina, Australia, Belgium, Brazil, Chile, China, England, France, Germany, Italy, Japan, Spain, Russia and Taiwan.

In June of 2019, Dr. Yaremchuk will begin as President of the New England Society of Plastic and Reconstructive Surgeons.

In February of 2019, he spoke on facelifts at the Middle East International Plastic surgery Congress in Kuwait.

In October of 2018, Dr Yaremchuk was the Co-chairman of the Fourth Annual Selected Topics in Craniomaxillofacial Surgery: An International Symposium on Cranioplasty and Implantable Neurotechnology.

In June of 2018, as the honored Jurkiewicz Lecturer, Dr. Yaremchuk spoke to the Southeastern Society of Plastic and Reconstructive Surgeons in Palm Beach, Florida on facial aesthetic surgery including facelift, blepharoplasty and computer designed facial implants.

In May of 2018, Dr. Yaremchuk was honored with the 22th Annual Hans R. Wilhelmson M.D., D.D.S. Lectureship in the Craniofacial Sciences at the Johns Hopkins Hospital. His lecture was titled “Computer Assisted Facial Reconstruction, Refinement and Bespoke Design.”

See below for excerpts from the Lectureship brochure.

In April of 2018, he was a guest speaker at the ISAPS and Saudi Plastic Surgery Symposium in Riyadh, Saudi Arabia. Topics include facelift, blepharoplasty and facial implants. 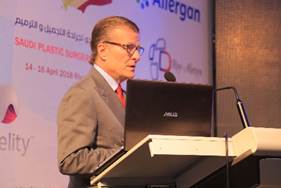 Dr. Yaremchuk lecturing at at the ISAPS and Saudi Plastic Surgery Symposium in Riyadh, Saudi Arabia.

In March of 2018, Dr. Yaremchuk spoke at the Northeastern Society of Plastic Surgeons Oculoplastic Symposium on Management of the Prominent Eye in New York City.

In January, 2018, he spoke at the 8th Atlanta Oculoplastic Symposium on internal orbit reconstruction and managing the prominent eye.

In October of 2017 he presented his Facelift technique at the Northeastern Society of Plastic Surgeons  in Newport, Rhode Island.

Dr. Yaremchuk has authored four textbooks, 40 book chapters, and more than 100 scientific articles on plastic surgery topics. His Atlas of Facial Implants, was awarded an Association of Medical Illustrators 2007 Award for surgical atlases. 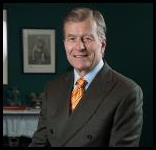 Michael Yaremchuk was born and raised in Detroit, Michigan. He graduated from Cass Technical High School where he received the Kloss trophy recognizing him as its scholar athlete in his graduating class of 1,500 students.

Dr. Yaremchuk moved to the east coast for further education and professional career. He obtained his undergraduate education magna cum laude at Yale College where he was captain of the lightweight crew. He received his M.D. from the Columbia College of Physicians and Surgeons. General surgery training was obtained at the Harvard Deaconess Surgical Service and plastic surgery training at the Johns Hopkins Hospital. After completing plastic training he joined the Johns Hopkins faculty as Assisstant Professor of Plastic Surgery and Director of the Orthopaedic Research Laboratory. He served as Associate Director of Plastic Surgery at the Maryland Shock Trauma Institute (MIEMSS).Here he developed and formulated fundamental principles for acute reconstruction of facial injuries, and pioneered the reconstruction and salvage of open lower extremity fractures. He was one of the first individuals in the world to specialize in the dual disciplines of craniofacial surgery and microsurgery, and in so doing was able to bring dramatic new solutions for combined bone and soft tissue problems.

Dr. Yaremchuk is Clinical Professor of Surgery at the Harvard Medical School and Chief of Craniofacial Surgery at the Massachusetts General Hospital. He is the Program Director for  the Combined  Harvard Plastic Surgery Training Programs and  for the Massachusetts General Hospital Fellowship in Reconstructive and Aesthetic Craniomaxillofacial Surgery.

His laboratory research has addressed the clinical application of tissue engineered cartilage and vascularized composite tissue allotransplantation. Dr. Yaremchuk is currently involved in efforts to bring xeno transplantation into the clinical reconstructive lexicon.

Dr. Yaremchuk has authored four textbooks, each of which was a sentinel event it its respective field, and each with a different educational focus: they include microsurgery where he pioneered and convinced the world of the value of defect excision and,also pioneered the routine use of free tissue transfer for reconstruction of open lower extremity fractures; rigid fixation in craniofacial surgery, where again he pioneered a landmark textbook in the field craniomaxillofacial surgery, and aesthetic surgery, where he pioneered and developed the principles of safe implant reconstruction  in the face. His fourth text is on diagnosis and treatment in Plastic Surgery

He is also very active in and is continuously improving programs in fellow, resident and medical student education and directs Plastic Surgery residency program at Harvard. He has contributed over 50 book chapters, and 150 scientific articles in his specialty. He is best known as a superior clinician and surgeon and has a world wide reputation in his discipline..

He lectures on his concepts and demonstrates his surgical techniques both nationally and internationally in both reconstructive and aesthetic Plastic Surgery disciplines.

He is pleased to have inaugurated and maintains the long-standing educational interchange between the MGH and JHU. This academic year marked his co-chairmanship of the Third Annual Hopkins/Harvard Symposium on Selected topics on Craniomaxillofacial Surgery.

Dr. Yaremchuk has been a mentor and colleague for me, as well as an inspiring role model to all as an uncompromising plastic surgeon, contributor, and educator.

Michael changed the direction of training here, revolutionizing two fields and provided the fundamental research direction for modern plastic surgery which is still challenging those at the forefront of surgery.

For over 30 years, Dr. Yaremchuk has provided outstanding leadership and Craniofacial surgical care for Massachusetts General Hospital, receiving the most complex craniofacial problems from New England and the U.S. He is a major researcher, educator and administrator for the combined Harvard Plastic Surgery Programs in Boston.

Dr. Y provided me the invaluable opportunity to learn many of the attributes which separate him from his peers – including: “striving for perfection with each and every detail from beginning to end; authoring manuscripts with purpose and not just as a way to get published; and seeing the minute asymmetries and irregularities of the craniofacial skeleton which often go unnoticed.” I am forever indebted to his masterful mentorship and friendship.

is made possible by the generosity of the following donors:

University of Maryland School of Medicine

University of Maryland School of Dentistry